Releasing the Natural Athlete: An Excerpt From ‘Core Conditioning for Horses’ Releasing the Natural Athlete: An Excerpt From ‘Core Conditioning for Horses’

In this excerpt from his book Core Conditioning for Horses, Simon Cocozza tells us why we can’t always blame ourselves when we can’t sit the trot, get the horse in front of the leg, or get him under control cross-country … and how we can start to fix these problems. 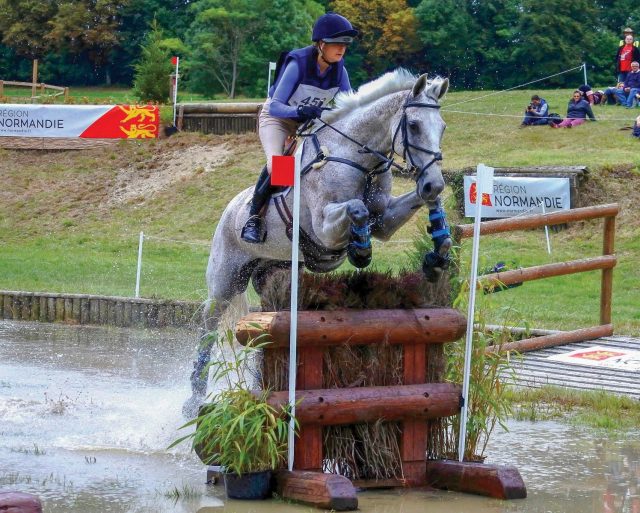 Photo via “Core Conditioning for Horses” by Simon Cocozza.

Riding should be easy, intuitive, and relaxing. But when a horse’s back has become habitually hollow or tense, it can become a very effective ejector seat. Instead of a gently rocking wave action that lifts and connects with you, the action of the locked back becomes harder and bigger, throwing you into the air a little—or sometimes a lot.

Despite what you may be told, this type of movement is impossible for a relaxed rider to follow, and it is very important that riders don’t blame themselves when they can’t sit on their horses for this reason. That makes as much sense as critiquing an automobile driver when his car has a flat tire. With little alternative, riders can find themselves gripping, leaning, and holding on in order to follow a horse’s movement. This must not be mistaken for having a “good seat” by a long shot!

When a horse has a weak core and a hollow back, he will show some typical characteristics that you can feel from the saddle:

If a horse is moving in a slightly ungainly way, he is not feeling very athletic or happy, even when he is not displaying any big signs of protest. You can easily end up living with these symptoms, working around them, or even physically trying to stop the horse from expressing them by using bits or straps, which, considering the cause, isn’t fair at all.

The most beautiful of athletic performances are the ones that show a natural fluidity. Fortunately, Mother Nature’s “signature” is already in the horse’s core, and that magic is there, in every horse, just waiting to be awoken. The horse’s core can turn him into a dancing machine.

The vertebrate design is a masterpiece. It has speed, strength, and agility, and the template scales from big to small, from mice to moose. As time has shown, the equine version is a world-beater of sure-footedness and speed. This is not a luxury or rarity for the species. All horses are equipped, as standard, with the best traction control and ABS the world has ever seen, and when faced with an oncoming puddle while at gallop, auto-braking, too. This is Nature’s original 4×4.

So rather than artificially shaping a horse into a cookie-cutter outline, you can get a better and happier athlete simply by developing the natural gifts already within him. Following the designer’s blueprint, of course, you can align, release, and train a horse from the inside so the magic of his core transforms him on the outside. “Proceed so that the horse finds himself moving willingly into the exercise, and not by force,” Portuguese dressage master Nuno Oliveira reminds us.

Deliberately developing the body’s abilities from within is the philosophy behind many Eastern traditions of human physical development. These often focus less upon rushing around madly, which is how we break things, and instead sensibly favor a low-impact conditioning of the body that listens to the athlete throughout the training process.

Developing the horse’s core resonates very well with this approach. The core’s main defense is to shield itself with muscle tension, which is why it is virtually impossible to improve the core while doing any fast or concussive work. This means it is a really good idea to begin the horse’s training session with low-impact exercises. And there is one specific way we can help the horse that is very unique to his physiology: We can help him by releasing his core.

The horse’s spine is long and bendy—like a Slinky. This means that it can easily become slightly “kinked” in its groove, and when that happens it stops moving and the horse’s core stops functioning.

A Core Release is something we have all felt as riders. It happens when the horse’s spine naturally aligns deep within his body and drops into its correct “groove.” The horse’s back immediately rounds and the head and neck drop into a Long-and-Low Outline, “hanging” weightlessly in front of you. This is an important effect and something we will be using in many of the exercises that follow.

If the spine is blocked in any way, the delicate “lifting parts” in the horse lock in order to become “stabilizers” instead, thus stiffening the horse’s body. Once blocked in the core, a horse that really ought to sit a little more on his hocks will instead plunge onto the forehand—and traditional training techniques won’t help. This can be entirely avoided, however, by performing simple exercises to deliberately release the core before anything more energetic is attempted.

This really helps the horse begin a schooling session feeling loose and agile, and it prevents tension before even making the first trot step.

Author: This excerpt from Core Conditioning for Horses by Simon Cocozza